Most people know Keith Wallen from his role as co-rhythm guitarist and backing vocalist in the multi-platinum hard rock band Breaking Benjamin, but in August of this year Keith also put out his first full-length solo album, the very well-received This World or the Next. Later this fall, Keith and Breaking Benjamin (including fellow Takamine player Jasen Rauch) are doing an acoustic tour, with Keith opening shows for his “other” band, and plenty of Takamine guitars ready for the task. 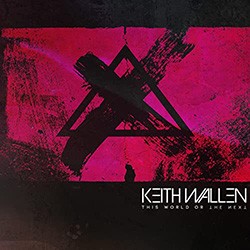 Keith grew up in the small town of Beckley, West Virginia, born nearby in 1980.  Teaming up with his childhood friend Shane Bragg, he put together the band Copper, which really took off while the two were in their college years. By the mid-2000s, Copper had achieved charting albums and had performed as headliners or support acts on national tours.