U2s Bono and The Edge Perform in Kyiv, Ukraine

On May 8, 2022, legendary artists Bono and The Edge of Irish rock/post-punk band U2 performed a surprise acoustic concert at the Khreschatyk subway station in Kyiv, Ukraine, a location that is being used as a bomb shelter during the country’s ongoing military invasion by Russia. The bandmates were there on the invitation of Ukrainian president Volodymyr Zelenskyy, who had asked U2 to perform in the capital city “as a show of solidarity with the Ukrainian people.”

The 40-minute acoustic set included a number of beloved U2 songs, including “With or Without You”, “Desire”, “Angel of Harlem”, “Vertigo”, and a cover of “Stand By Me” that referenced standing with Ukraine, and featured musician Taras Topolya from the Ukrainian band Antytila. The stripped-down show had Bono and The Edge using just two microphones and a single guitar, which appears in news footage to be a Takamine Pro Series P3DC (or its older equivalent, the EAN-10C).

During the Kyiv show, Bono stated, "Your president leads the world in the cause of freedom right now. The people of Ukraine are not just fighting for your own freedom, you're fighting for all of us who love freedom." 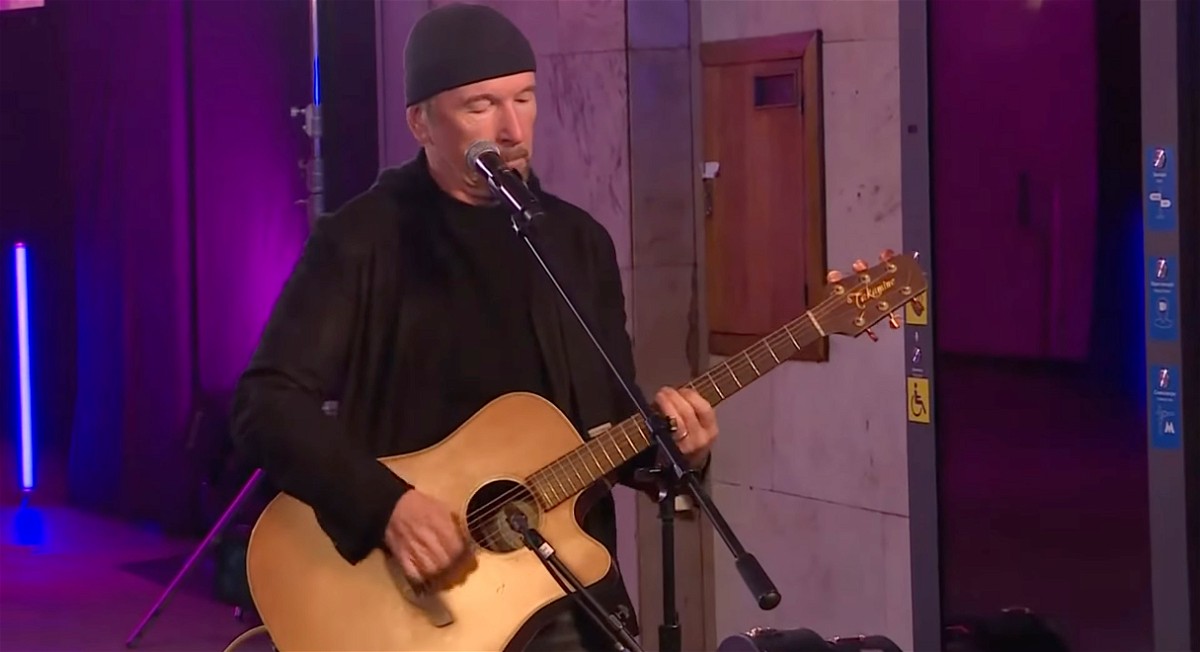