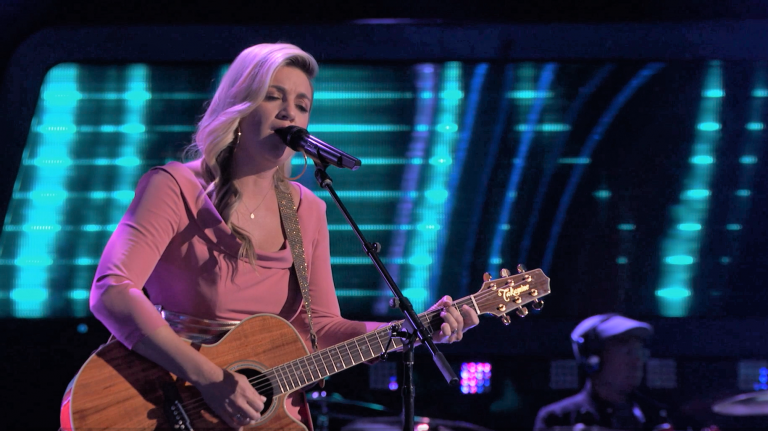 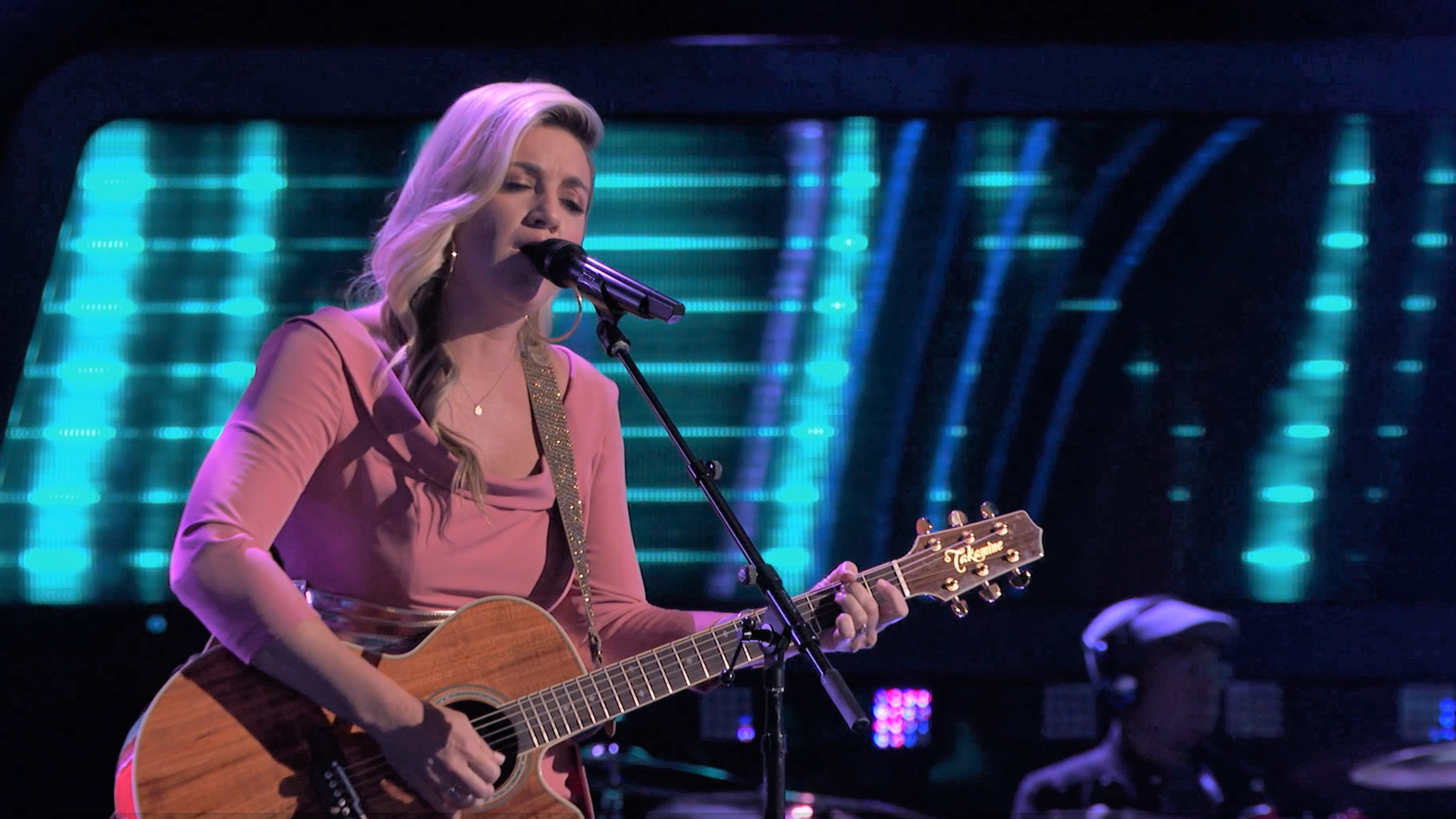 Over the 21 seasons of NBC’s top rated series The Voice, Takamine guitars have been a common sight. If a contestant isn’t playing one, team coach Blake Shelton probably is – or gifting one to a finalist.

After tuning-in all these years we could not help but notice a particular pattern. It would appear the show (wisely) frontloads at least one of the more impressive and powerful performers during the blind audition season opener, effectively grabbing the viewers with the best of what’s in store. Recognizing this trick, we’ve learned to tune in to that first night to spot the ringer. And so we have done, until this year, when The Tennessee Titans played Monday Night football.

Our friend, Morgan Myles, one of the most gifted and soulful singer-songwriters that Takamine Guitars  has had the privileged to work with was scheduled to stop by our Nashville spot to visit and retrieve her repaired P3NC, her cherished number-one until the airlines all but destroyed it - Injuries that required the likes of Nashville’s famed, Glaser Instruments to repair.

The morning of our meeting Morgan texted:

“Going to have to reschedule. My world just got really crazy. I now have five press outlets I need to do this morning…. It’s crazy insane, but good!!”

“No problem”, we replied.

Curious for clues as what she might be talking about, we did a quick Morgan Miles search and BLAM, there it was. Morgan had performed the night before during the opening episode of The Voice (w her EF508KC) blowing the judges away and snagging the season’s first 4 chair turn, the holy grail of Voice coach responses. See that amazing performance HERE.

As surprised as we might have been - oddly we were not. It was just the Myles Morgan we knew, being her typical brilliant self… only this time on national television for 7 million viewers.

We can certainly understand how a night like that might jam up your next day’s schedule. As to why we didn’t know in advance about this pre-taped, game-changing performance? We understood that too. All contestants on The Voice agree in writing to not disclose any details of pre-taped episodes by penalty (we assume) of possible disqualification. Makes sense.

That said, over the years we have noticed that some Voice contestants find the burden of nondisclosure a little harder to bear than others, which is to say it was not unusual for us to know details of an artist’s appearance well in advance.

But Morgan was playing it razor straight, not saying a word. Even after her Monday night appearance and the resulting press storm, she still made no mention of it in her emails. Nothing. So we wondered; when we did meet, should we pretend that we didn’t just see her stun John legend, Gwen Stefani, Camila Cabello and Blake Shelton along with the rest of the U.S. with her moving performance of Leonard Cohen’s, Hallelujah?

“So, hey”, we texted, “Wouldn’t it be cool if you made it on The Voice this season, killed it and had all 4 judges fighting over you?”

“Yeah”, she replied. “Did you see they let me play my Takamine?”

The question remains. How well has she fared in the subsequent pre-taped stages of the competition? Will she be among the select few who make it to the live performance shows?

We’re not asking and she’s definitely not saying. But one could theorize that Morgan Myles super-strict adherence to the rules might suggest an extraordinarily talented artist at the absolute top of her game - with much more to lose than most.

What we know for certain is that this is going to be good – and that we will be watching.

The Voice airs Monday and Tuesday nights 8/7c on NBC